With the announcement from the PGA of America regarding the use of DMD during their majors, GOLFBUDDY America is excited to announce that PGA Tour Professional Dylan Frittelli has joined their team of ambassadors.

“I’m thrilled to be a part of team GOLFBUDDY”, said Frittelli. “Accurate distance measurement is such an important part of my preparation on Tour and GOLFBUDDY has made it clear that they exemplify that.”

As a leader in the Distance-Measuring Device industry, GOLFBUDDY America understands the importance of accuracy. The Tour presence of GOLFBUDDY America extends across the globe, with players and caddies agreeing that “Accuracy Matters”. GOLFBUDDY America supports the PGA, LPGA, PGA Tour Champions and other professional golf tours with premium laser rangefinders.

“We’re always interested in methods that may help improve the flow of play during our championships,” said Jim Richerson, president of the PGA of America. “The use of distance-measuring devices is already common within the game and is now a part of the Rules of Golf. Players and caddies have long used them during practice rounds to gather relevant yardages.” 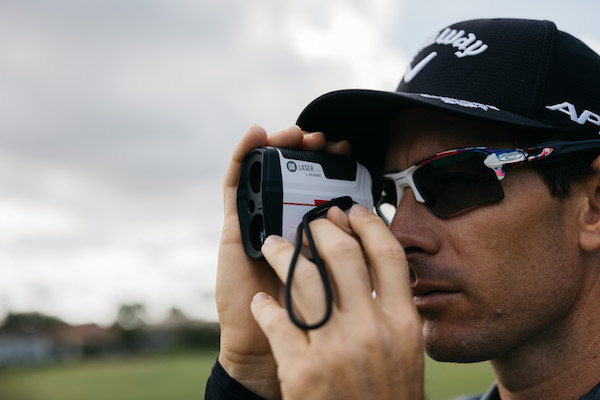 The first PGA of America event to feature the use of DMD will be the PGA Championship at The Ocean Course in Kiawah Island, South Carolina.

All of the lasers offered by GOLFBUDDY America are approved for tournament play, as stated by the USGA and R&A.

The GOLFBUDDY America AIM Ambassador team has mainly used laser rangefinders, but GOLFBUDDY has been known as a pioneer in golf GPS products – especially in the Voice GPS category they innovated. GOLFBUDDY America carries a full variety of products for the following categories: Voice GPS, Wearable GPS, and Laser Rangefinders.

Added to your cart: